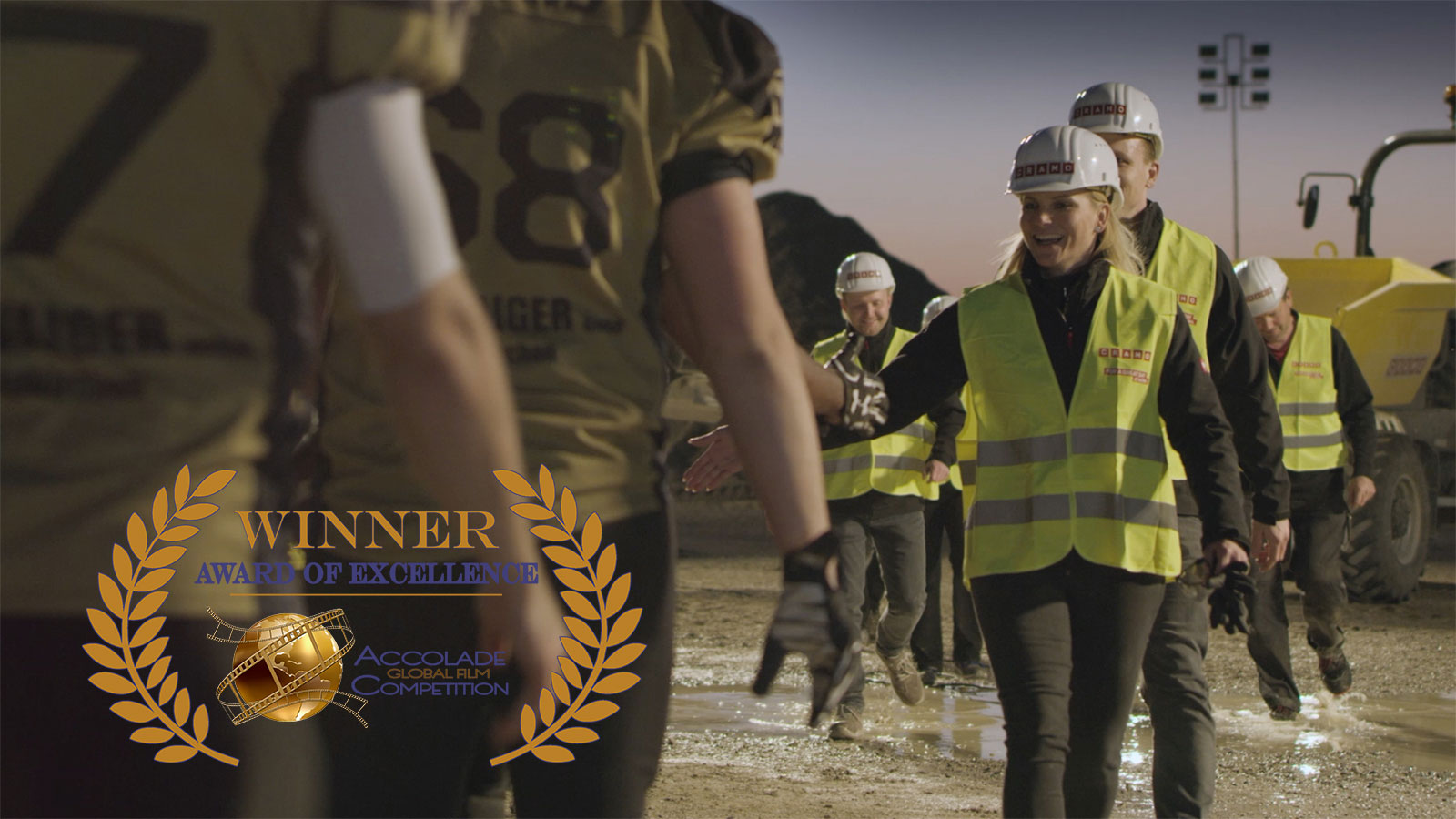 The corporate video “It’s the People around us who make us what we are” has received the highest award (Award of Excellence) at the Accolade Festival in California in February 2018.

The award is for corporate/employee communication, concept, direction and cinematography.

The film was made by Cramo in Germany with the help of the Feldkirchen Lions football team and the production was made by Klaus Naumann, Naumann Film (Germany).

The idea of the film

It’s the people around us who make us what we are. And that’s why we used a football team in this film. In football, it’s the team and how well they play together that determine their success. In the same way, the Cramo team works hand in hand with colleagues and customers to make every project successful. And that’s why Cramo is right for the job.

Read the story and watch the video here:  It’s the people around us who make us what we are.