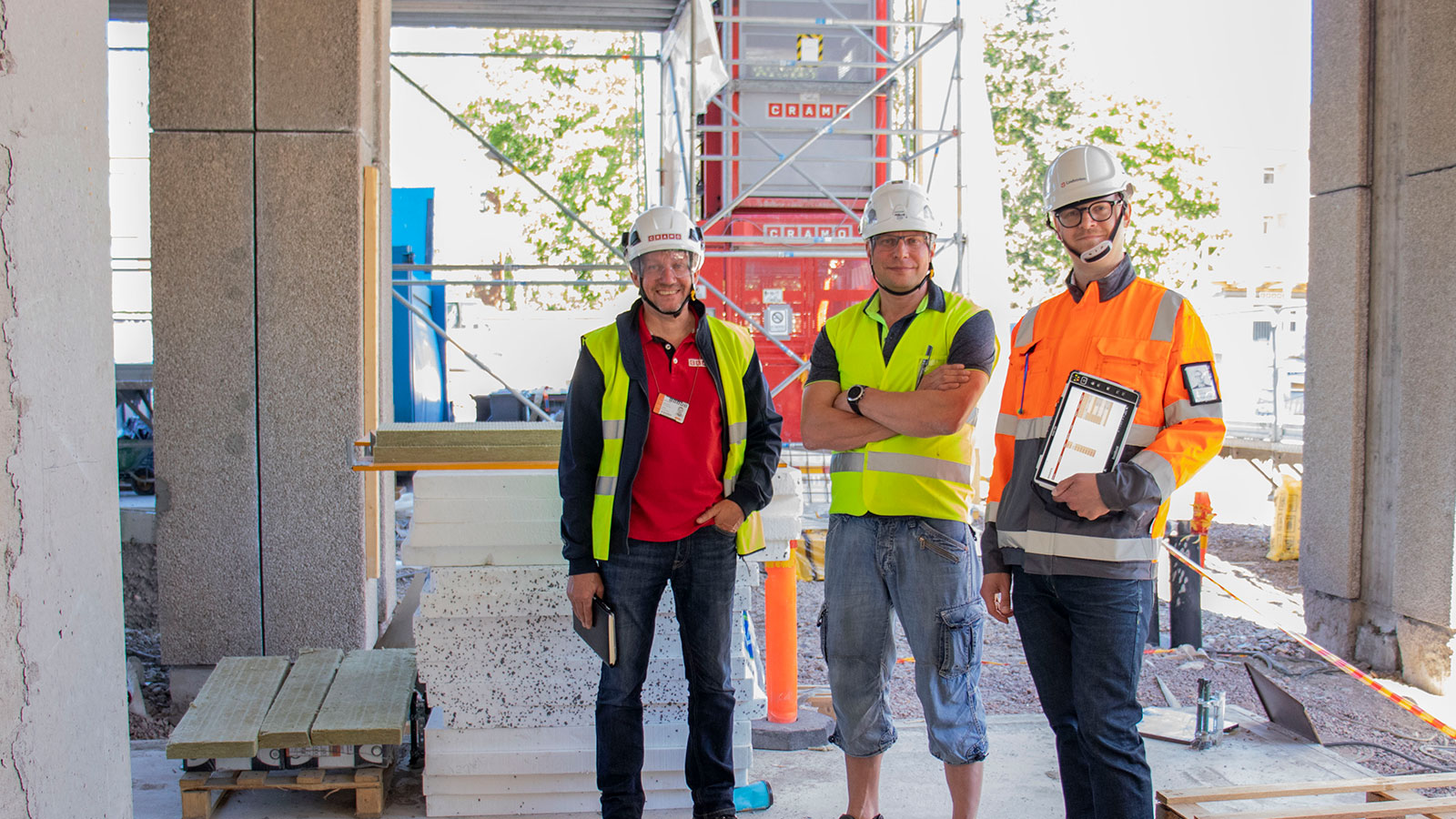 Leaping forward in digitalization through cooperation: Successes in a construction IoT pilot project

On Peab’s job site located in Munkkiniemi, Helsinki, the former Kone headquarters is being transformed into a residential building. On the same site, there is a practical pilot project taking place that involves tracking equipment by utilizing IoT technology.

At the beginning of the year 2018, a pilot project was launched due to the needs of equipment rental company Cramo and its customers to find a solution for fleet management and logistics by utilizing emerging technologies. Innofactor, a company successfully developing digital service concepts, and Peab, a former long-term customer of Cramo, were involved in the pilot as partners.

“We saw this project with Cramo as an opportunity to be involved in transforming our industry and we wanted to utilize the digital opportunities around our services,” says Innovations Director Tomi Sundberg of Cramo Group. “Digitalization is a hot topic. We want to take advantage of the emerging technologies in an agile way and create concrete actions. In several countries, we have innovation workshops where we identify real difficulties in our daily work with the customer in focus. New pilots are born from existing projects; a good example of this is the pilot project with Innofactor and Peab.”

The idea of the pilot project is to track and monitor equipment on site. Small machines, such as drills, cutting machines, pallet jacks, vacuums and chisel hammers, were equipped with sensors, a little bit bigger than a matchbox, using Bluetooth technology. The sensor’s motion detectors monitor the use of the machines. A dense sensor network was built on the site in order to allow tracking. The base stations, so-called hotspots or gateways, were attached to different levels of the electrical centres.

“Time gains. They are the biggest benefit for us,” says Markku Mononen from Peab. He serves as the site manager and host of the pilot project at Peab. “The biggest challenge with small equipment is that it takes quite a long time to find those. Sometimes, equipment is lost, damaged or it is just impossible to find it on a large site. With the help of the system, I can see where each particular item is physically situated. It saves a lot of time when I don’t have to search for equipment. In addition, I can see if a machine has been unused for a long time and return it earlier to the equipment rental company.”

Tracking is conducted with a web-based Asset Tracking system that practically generates real-time report documentation on where each machine is situated. “The system is extremely easy to use and follow — you get the whole picture at a single glance,” says Business Architect (IoT) Jasu Jaranka from Innofactor.

The system also generates information for Cramo’s experts, which proactively contributes to fleet management. An expert can, for instance, provide the customer with information on the time of use of a machine and remind them about returning the item to the rental company.

“This project is driven by customer needs,” says Erkki Hauhia, who serves as a Cramo Finland’s customer manager in the region of Kymi, and actively participates in development projects and Innovation workshops. “In addition to our customer benefiting from this pilot, we, too, can amend our own service offering,” he adds.