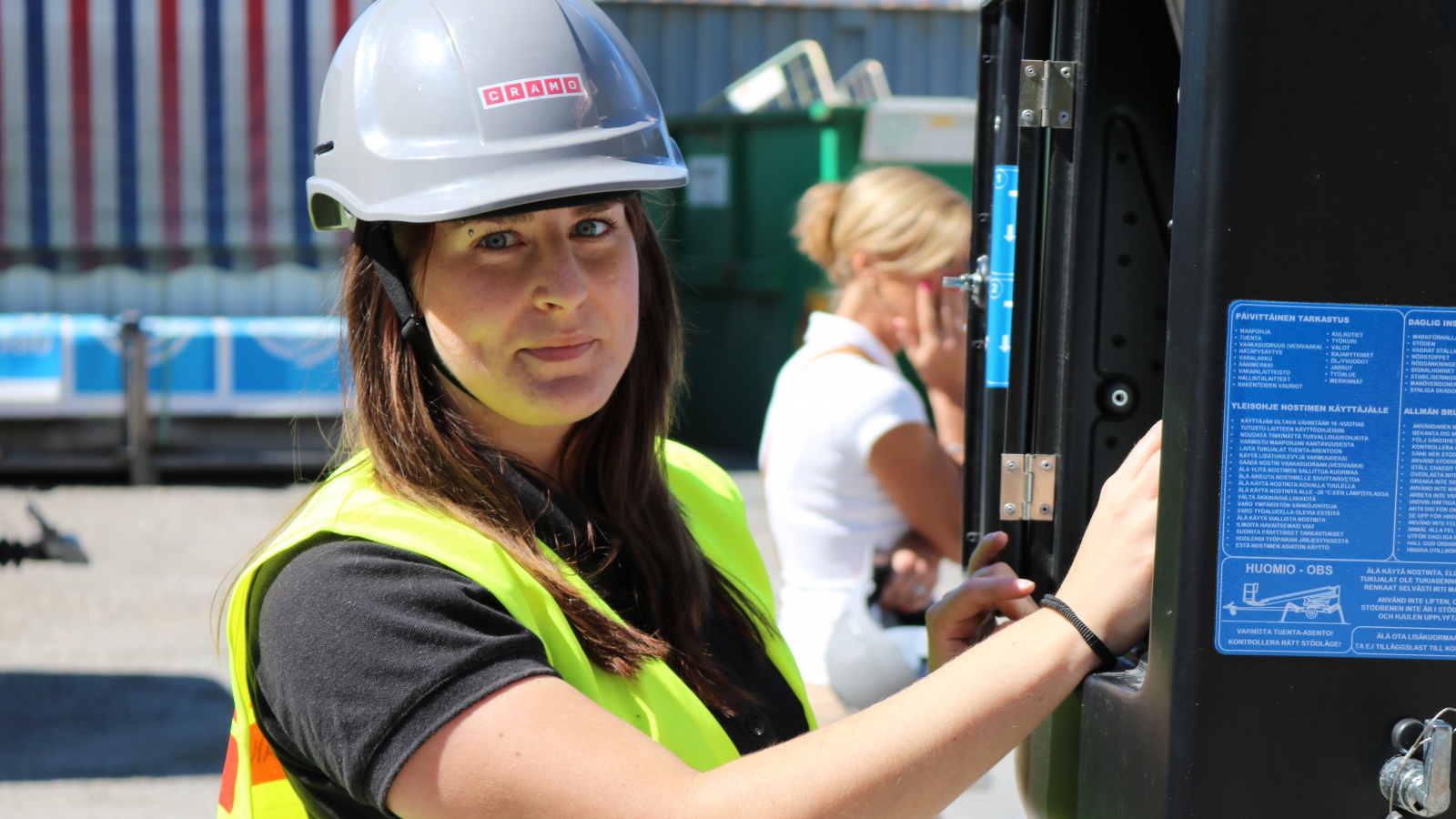 Gender equality boosts profitability and creates a more attractive workplace. That is the machinery rental company Cramo’s argument as it prepares to hold Open Houses at a number of its depots across Sweden. This is one of many new approaches to attract women to what is traditionally a male industry.

With the aim of attracting and retaining more women, Cramo’s management team has worked on a number of strategies. To name a few pursued over the past year, they include partnering with recruitment firms with a special focus on women, developing a new line of work clothes for women, spotlighting female employees at the company and their career paths, and participating in women’s networks. This has been a great success, and in 2016 Cramo recruited more than 30 women to its network of depots in Sweden.

Why are you holding Open Houses?

“The aim of our Open Houses is to show that there are many interesting jobs in our rental operations and to dispel any preconceived notion that the work has to be heavy and dirty,” says Ingrid Hollertz, HR director at Cramo Sweden. “The rental industry is developing rapidly and today is a service operation in which an interest in customers, service-mindedness, the ability to build relationships, and flexibility are crucial personal characteristics. In short, there is no work assignment where being a woman is an obstacle – but there are many where this is an advantage.”

“We aren’t builders ourselves, but it’s really clear that our customers share our values, with a focus on important issues in society such as gender equality, local and social engagement, and proactive work for the environment and the workplace environment. Together we can make a difference,” Ms Hollertz adds.