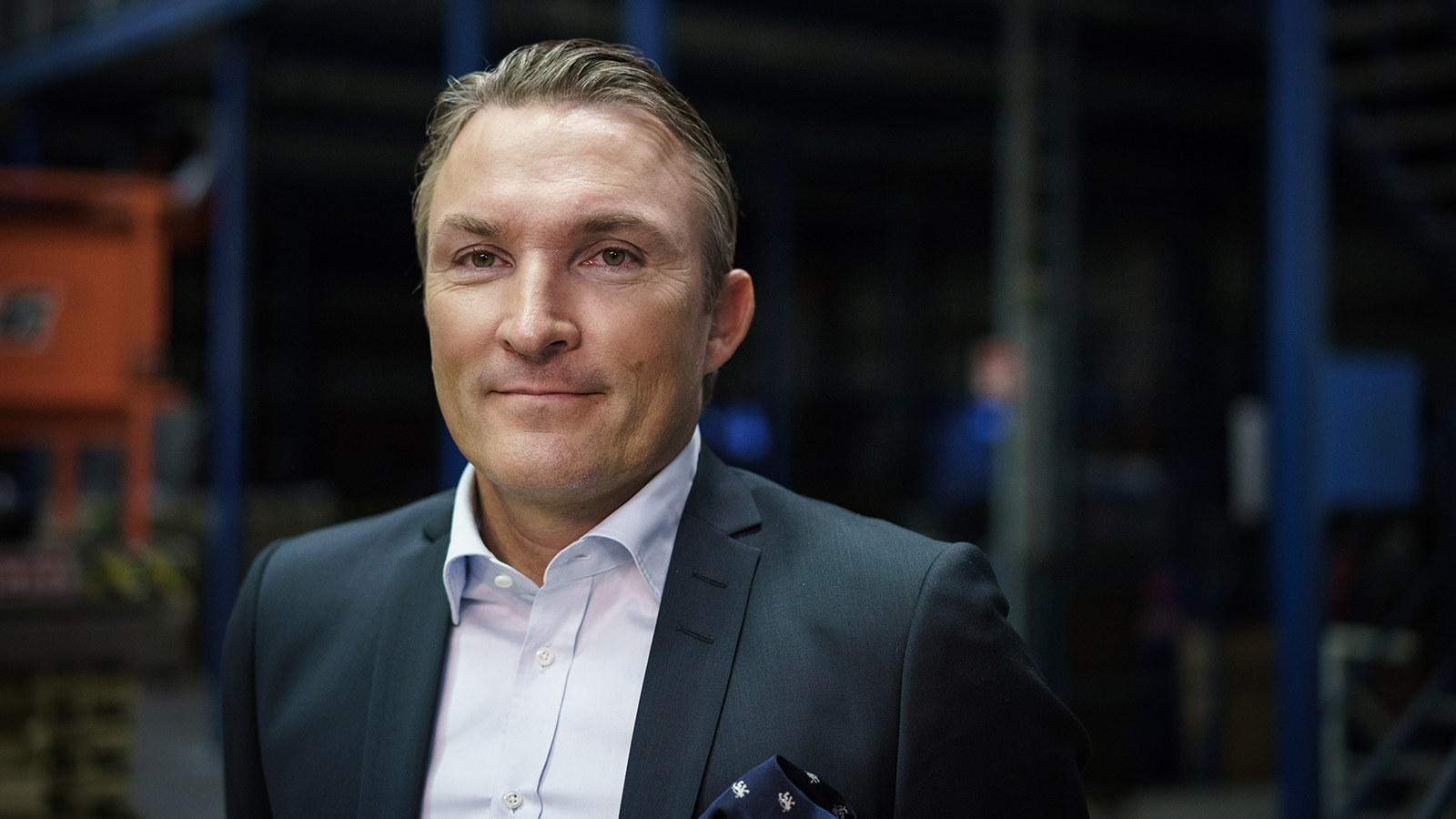 At Cramo, sustainability is not a specialist’s responsibility that is delegated but rather a management issue at the highest level.

“The objective is to have sustainability integrated in all our operations and be a part of everything we do,” says Leif Gustafsson, the Group’s president and CEO.

With a business model that is based on helping customers share resources, sustainability issues are always a relevant factor in Cramo’s operations.

“Rental solutions as such contribute to the efficient use of resources. By providing energy-smart solutions and products with a high level of safety and limited environmental impact, we can help our customers in their own sustainability efforts,” Mr Gustafsson notes.

In 2016 Leif Gustafsson took over as president and CEO of Cramo, one of Europe’s largest rental companies with some 330 depots in 15 countries. His most recent job was at Stena Metall Group, where the focus of his work as CEO of Stena Recycling International AB was on sustainability. Prior to that, he was CEO of Stena Recycling AB. Mr Gustafsson has also worked at ABB and was CEO of YIT Sverige AB before coming to Stena Metall.

From a sustainability perspective, Mr Gustafsson brings with him many different approaches which he can make use of in his new duties.

“I  have worked in recycling for almost eight years and have seen many different kinds of customer companies  change their view of sustainability and how we as a recycling company have been part of their development.”

Today Cramo already works on a broad front with these kinds of issues and has come far in this area, Mr Gustafsson believes.

“Naturally, Cramo can be better in every area, and we will take this a number of steps forward by raising the level and integrating this in our overall strategy. We do not think it is enough to simply comply with government regulations and meet customer requirements. So we have decided to take a more active role in the area of sustainability and focus on these issues with all our energy, in part by driving development forward through partnerships – both with customers that have high aims in the area and other stakeholder groups,” Mr Gustafsson says, adding:
“Each year, we purchase machinery and equipment for considerable sums. As a result,  we have the opportunity to influence how people can make products that can be reused more easily as spare parts or recycled to a greater extent, which we already do through different ongoing partnerships.”

One of Mr Gustafsson’s first initiatives in his new job was to appoint a human resources director, a communications director and a special sustainability director – Cramo’s first.

“We are strengthening our operations in many ways, including in communication. This is very much a question of information internally and communication externally in order to enhance what we want our brand to stand for. No matter whether someone is an employee, a customer or an investor, they must get a clear, coherent picture of what Cramo is and what it stands for. We are also bolstering HR operations to ensure that our employees develop at the pace needed to meet the demands of tomorrow. Cramo is a “people business”, where success depends entirely on the skills and engagement of employees. We are also closely connected to the construction industry, which generally has very few women working in it. This is also a challenge for us, and we are actively trying to hire more women to take in more skills and another perspective on what we do. Finding key people with the right skills will be a challenge for every industry going forward, and we can broaden ourselves and show how attractive it is for women to also work in our industry, so we are expanding this potential.”

Leif Gustafsson was recently elected as a board member of the European Rental Association (ERA), an umbrella organization for 5,000 rental companies in Europe, Turkey and Russia that Mr Gustafsson considers an important channel for developing sustainability issues.

“ERA brings together many large multinational companies under one organization. Sustainability is a key issue on the common agenda, and ERA helps increase the focus on machinery suppliers’ choice of different kinds of materials in their products and so forth. We are fairly strong in that respect. ERA also carries out lobbying activities with European Union institutions, which national companies  cannot do,” Mr Gustafsson notes.

Cramo’s great challenge going forward is to develop a company that will be sustainable for the next generation,  Mr Gustafsson argues.

“This means we are trying to look into the future a little, trying to look around the corner to see how new technology can help us, how  we can integrate more closely with customers and learn to develop new concepts.”

Most people have a picture of Cramo as a company that rents tools and machinery, but Mr Gustafsson also want to spotlight module operations – Cramo Adapteo – which is a significant part of operations and  something he considers to have great potential for development.

“We offer modules with high standards of quality, and not just for schools, daycare facilities and offices but also for different kinds of accommodation. This part of Cramo will also be developed more for other applications.”

Finally, Leif Gustafsson wants to emphasize that companies also have an impact on things beyond their own operations and customer relations.

“Our responsibility and influence as a large purchaser are obvious. And we also have a social responsibility. Our long-term partnership with SOS Children’s Villages internationally and our Swedish partnerships with the women’s business network Klara K, Sweden’s EuroSkills competition to promote  vocational training and the Swedish Handball League’s Youth Coach of the Year  are examples in completely different areas, but the common denominator is that they all involve issues that concern the future such as children’s right to an education and security, gender equality, professional development and leadership.”