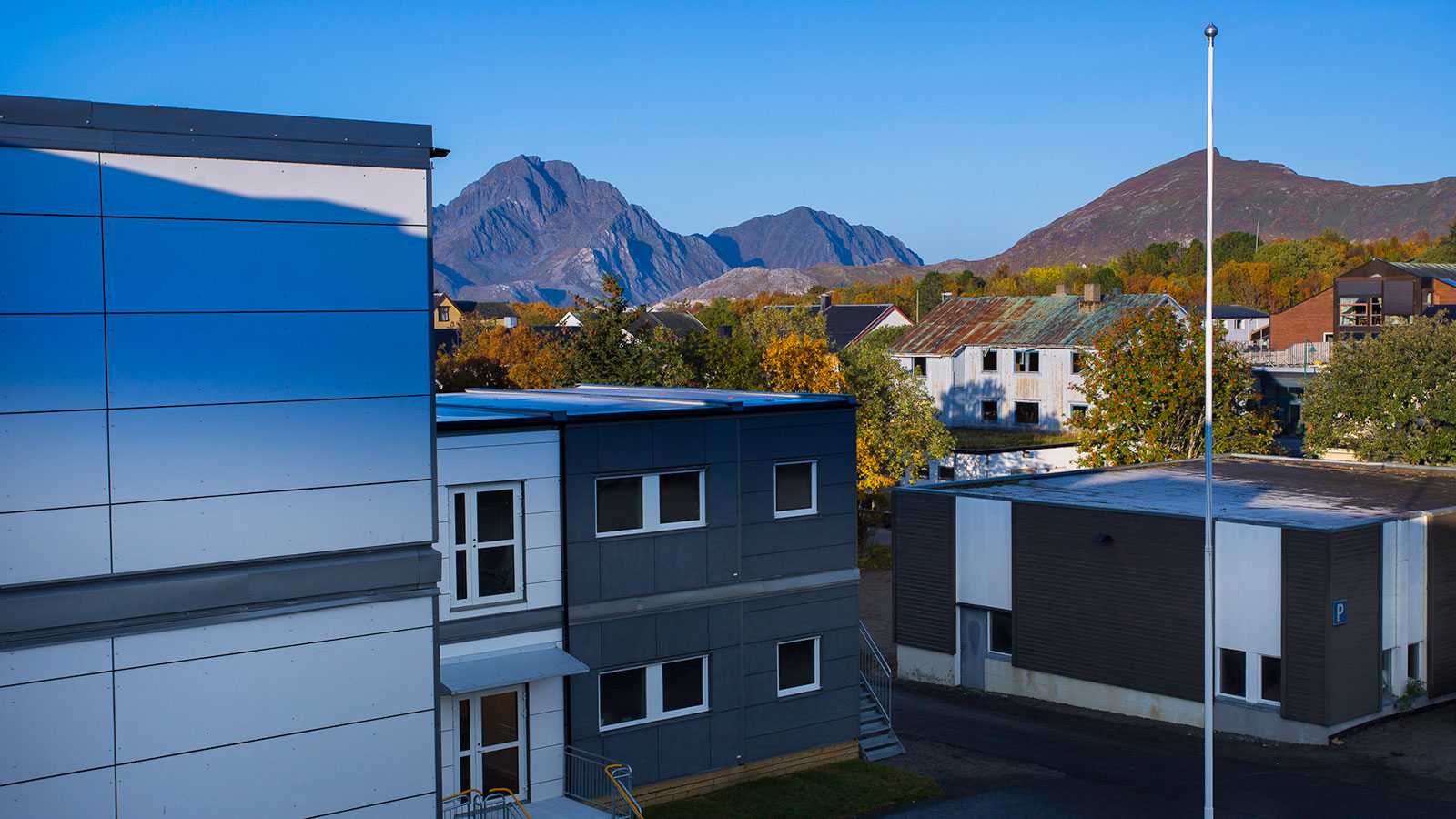 The new school in Leknes, in the Norwegian archipelago of Lofoten, is a good example of what a state-of-the-art building made up of modules can look like. Lofoten is located well north of the Arctic Circle and is known for its distinctive scenery, with dramatic mountains, open sea vistas, sheltered bays, beaches and untouched land.

New generation of modules – in line with nature

Many people have a preconceived notion of what a modular building looks like, and some people may think of low quality when they hear about modules. The high school in West Lofoten is a good example of how far this is from the truth.
The modules used are from Cramo’s new C90 series – temporary modules with permanent standards. They represent the latest advances in modules and were developed specifically for the Scandinavian market. We have taken the best ideas from our 30 years of experience in the industry, and the result is characterized by modern design with a key focus on functionality, the work environment and energy consumption.

Shipped from the factory to Lofoten

All the modules are brand-new and were transported by ship straight from the factory in Estonia to Leknes – environmentally-friendly transport completely in line with Cramo Adapteo’s green philosophy. The assembly was completed in record time – just one busy week was needed to position the 74 modules. Then assembly and modification of the modules began. Because of Cramo’s smart solutions, assembly was easy. Construction manager Erik Lie Olsen is impressed by his own team and especially by the local contractors.

Room for great days – a good environment for studying

The building has three floors – the first two are for classrooms while the third floor has rooms for school administrators and teachers. The modules incorporate permanent standards and meet all the requirements for a modern school. Arne Lund, operation manager, notes: “Students say that this is much better than they expected. All the staff and students who were asked say they feel welcome in the new school. When we asked why Cramo Adapteo was chosen, the answer was clear: “It was the best option”.